Should you let your political views show in your writing? 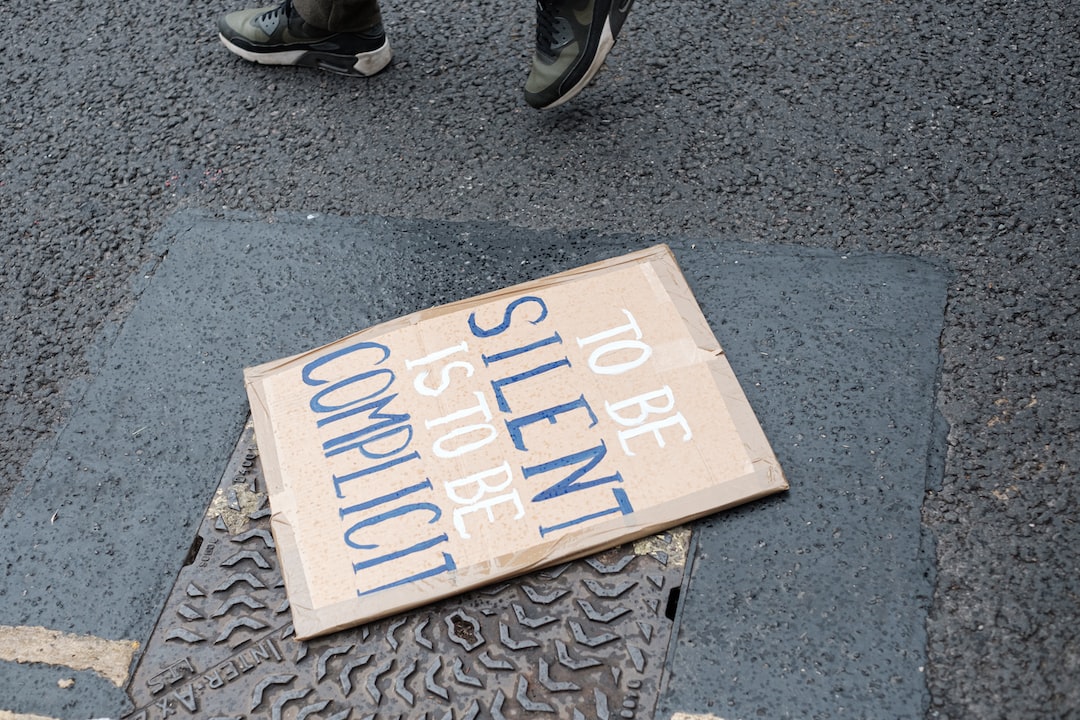 Watching television shows and movies made ten to fifteen years ago versus ones made recently, one notices a number of big differences. Obviously there is a big improvement in technology in the latter, reflected in computer-generated graphics and cinematography. The other big change is a fierce, open political slant that not all viewers might agree with.

Watching early seasons of Bones, a crime serial started in 2005, one might not see any political slant at all. In fact, the show makes an effort to counter left-wing statements from some characters with more centrist and right-wing statements from other characters. Moreover, such counterpoints are often very fair representations of the respective point of view.

However, to watch the latest series of Grey’s Anatomy, you are bombarded with very open and explicit support for political movements such as Black Lives Matter with little counterbalance, and in The Dead Don’t Die, a Netflix comedy film, a character wears a red cap with the words “Keep America White Again” in a glib parody of the red cap ubiquitous among supporters of former president Donald Trump.

The merits and demerits of the particular political statements themselves are not at issue. I am more concerned with the merits and demerits of including such fierce, open political slants in creative work, especially when that slant is unaccompanied with a fair representation of the contrary view. I tend not to look favourably on attempts to persuade the audience to a particular view, even if I happen to agree with it.

It is true that most producers of media seem wise enough not to include such an open slant, at least not in a flagrant manner. Half of the world may not agree with that slant, and may indeed be so put off by it that they never consume that producer’s media ever again. In a commercial world that’s bad for business.

In 2020 many creative people felt so strongly about certain issues that they flouted commercial concerns and doubled down on showing their political slants in their work. I have no doubt they felt the stakes too high not to come out in support of certain movements, especially in a general election year where the result held a lot of emotional sway for many people.

Being a rare conservative-leaning writer, I had some doubts over the empirical validity of the claims being loudly repeated over the airwaves and social media. For example, I was saddened to see one of my former friends put very explicit notices in her email newsletters for readers to unsubscribe if they didn’t support a certain movement, and she later bragged about readers who complained about her sharp turn into politics.

Another upsetting episode was seeing a YouTube creator take a sharp turn into one-sided political commentary, and demand we unsubscribe from his channel if we didn’t like it. He later bragged on social media about “pulling up weeds” in doing this. I had followed him for years, loved his content, and he had been an inspiration for my first book The 24 Laws of Storytelling.

A third creative writing friend who I knew disagreed with me politically, but who I nevertheless shared a lot of creative interests with, had to actually close down his personal blog and newsletter due to the enormous backlash he received as a result of his explicit request for readers to unsubscribe if they didn’t support a certain political movement. It ruined his business and he had to start afresh with a new brand.

There are obvious problems in believing your side of the political aisle has a monopoly on the truth. But aside from that, demanding ideological purity from your readers is not likely to have positive consequences, outside of the emotional satisfaction one may feel while on a moral crusade with others who share the same views. Such feelings of personal exaltation clearly got the better of many writers in 2020.

Much has been written on my side of the aisle about a feeling of sadness at having so many friends and creative mentors turn around and cut off relationships for the crime of voting for a particular political candidate, or even the crime of not explicitly coming out in support of a certain movement they favour. For those of us who have studied twentieth century history, such demands for ideological purity were chilling, if not terrifying.

If you are still reading at this point and feel that your side does have a monopoly on doctrinal truth, I would like to pose a question for you: How would you know if you were wrong? If you firmly believe in a given set of ideas, how would you test them against empirical evidence? If you cannot answer either of those questions, then your viewpoint is not based on empirical truth, but is actually an ideology.

The same goes if you find yourself attacking others on social media on a frequent basis, defending your ideas with semantic red herrings (attacking the individual words used, and not the point clearly communicated), appeals to authority (“You haven’t even read [some author]” or “You can’t talk about this because you’re [some characteristic]”), or gaslighting (“What’s wrong with [clear misrepresentation of what they’re talking about]?” or “[thing they’re against] doesn’t even exist”).

All of this so far is intended to provide a message of deep caution, that if you struggle to defend your ideas with honesty, respect, and charity for other people’s opinions, then you should consider whether it is a good idea to push those ideas onto your readers, even if they are deeply held convictions. At best you will alienate half of your audience and receive a load of irate emails, and at worst you will intellectually soil yourself to an audience of millions.

If you have not guessed so far, my personal tendency is to avoid overt displays of my political views in my writing, and I encourage others to do the same. Even from the perspective of base pragmatism, it is good to keep in mind that people like to believe they have come to a viewpoint by themselves. There is an unending list of stories that make readers roll their eyes at repeated glib attempts to push the writer’s political views. Don’t contribute to that list.

You will change far more minds with a great story that has loveable characters doing interesting things with each other. Not only that, you’ll also stand out as a welcome reprieve from the wave of overtly political stories that hit the market in 2020. Your work will last much longer than the political climate in which it was written, so don’t ruin it with glib references to current events, no matter how strongly you feel about them today.

How do you increase the stakes for your protagonist?

The Madness of King George is a great example of the structure that Bell prescribes in his book Write Your Novel from the Middle. Not only d...