How do you use character arcs in your stories? 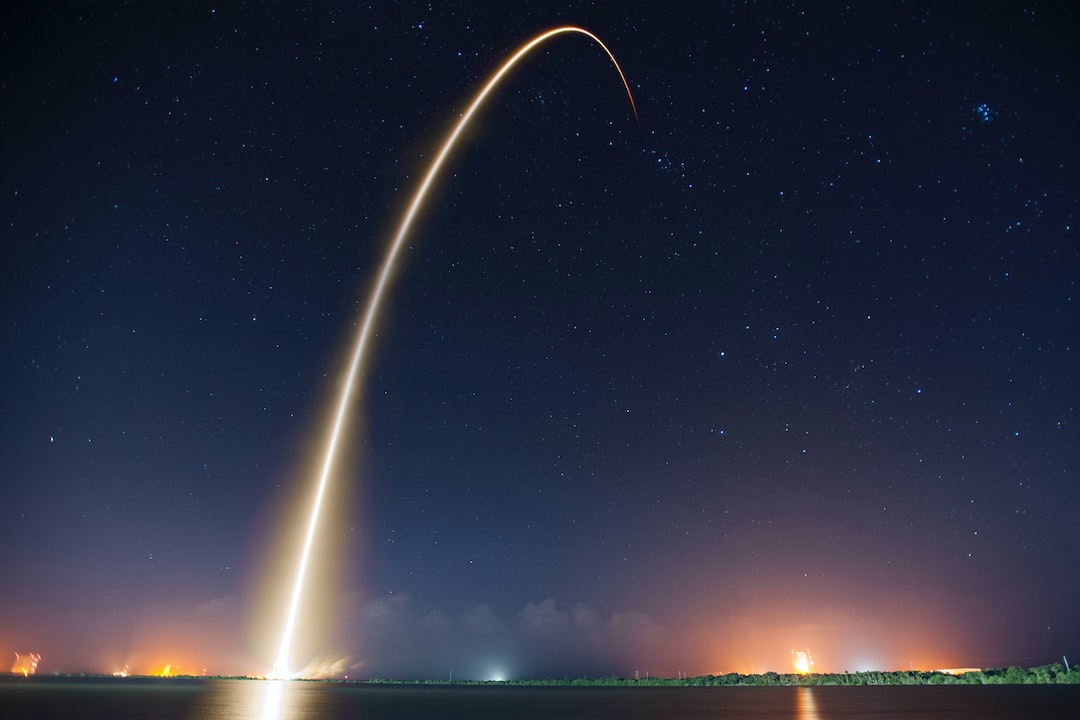 Photo by SpaceX on Unsplash

Just a warning this post contains major spoilers for Buffy the Vampire Slayer. If you already know the major plot points or don't mind having Buffy spoiled, read on! It's a great show and I was really surprised at how much I enjoyed it.

Over the COVID-19 lockdown my partner and I have watched all seven seasons of Buffy the Vampire Slayer. Initially I was skeptical. Wasn't it just some old high school girls show from the '90s? As it turns out, I was wrong.

Sure, it's a little dated in the first couple of seasons. But over the months we spent watching it, I saw the characters evolve in a satisfying way. Joss Whedon, who created the show, clearly had some good storytelling muscles at that time.

This made me want to discuss the show's character arcs, and the lessons that can be drawn for aspiring novelists and screenwriters. The show is a treasure trove of storytelling gold, just waiting to be mined by ambitious writers.

The show's two strengths are 1) the masterful use of tension in episodes and across seasons, and 2) the sublime character arcs that unfold from start to end. In this article, I want to survey both of these strengths for your own writing!

Whedon manages to challenge the status quo in every episode of Buffy the Vampire Slayer, making the audience feel worried and captivated. Each episode begins with a happy moment, followed by a genuine threat to disrupt the peace.

This is a really useful storytelling technique for your toolbox. Set up a normal, peaceful environment amongst your characters, then threaten the peace with something genuinely disturbing. Let me elaborate with some examples.

In the sixth season, it transpires that Willow has been employing a spell on her girlfriend Tara without her knowledge. This spell causes her to forget the fights they have, an upsetting betrayal to be sure.

This revelation is used as a threat to the status quo by making us genuinely worry about Willow's and Tara's relationship. It's not a soft threat - it's a very real, and damning threat that could (and eventually does) break them up.

The challenge offered by their breakup - and Tara's later murder - makes Willow see that she can't just use her witchcraft power willy nilly. She needs some perspective on what can happen when her power is unleashed.

Also in the sixth season, Giles angrily rebukes her for her recklessness in bringing Buffy back to life after the final episode of the fifth season. Willow doesn't take it well. She assumes this is just another man trying to limit her power.

What Willow doesn't see is that her use of power is reckless and is clearly hurting her friends, culminating at the end of the sixth season with her nearly destroying the entire world. She needs to see that limits to her power are reasonable.

In the brilliant musical episode "Once More, with Feeling," Buffy reveals that while dead, she was in heaven, and Willow's spell forced her back into a cold, cruel world once more. Buffy becomes depressed and falls into the arms of Spike.

Willow gradually comes to understand that her anger at having her power limited, and her desire to bring her friend back from the grave, both originated from arrogance and selfishness. She needs to transcend these to evolve as a person.

By the end of the series, after grieving over her lost relationship with Tara and her friend's violent death, Willow becomes self-actualised. She accepts her power and the reasonable limits she should put on that power, for her friends' safety. 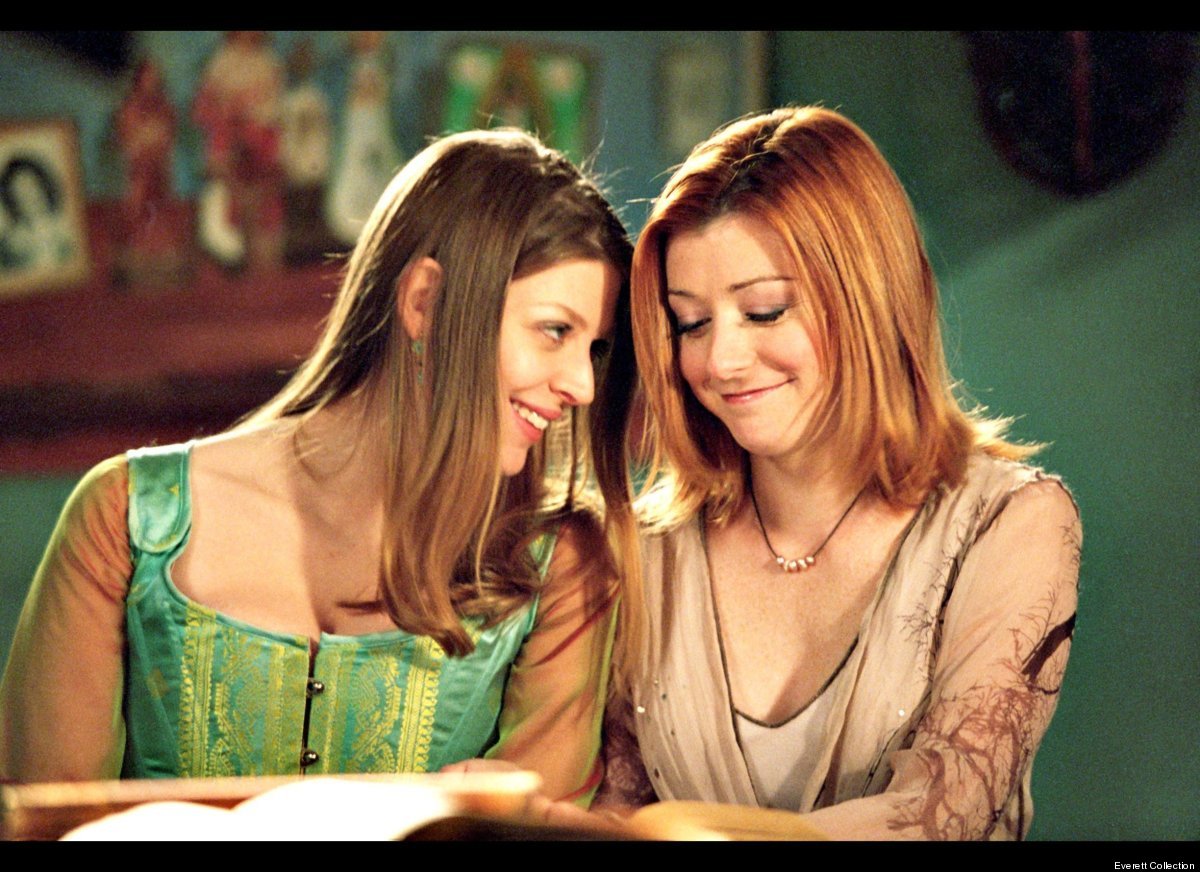 Another example is from the fifth season. Buffy's mother begins having headaches and memory loss, and it eventually transpires that she has a brain tumour. This turns Buffy's world upside down, understandably.

Buffy now has the threat of dealing with her slayer work - stressful enough by itself - but also taking care of her sister and a dying mother. This threat lurks over Buffy like a dark cloud for long months, forcing her to become more mature.

Buffy's main arc throughout the series is to accept the enormous burden that the world places on her, and to deal with it as a mature and responsible adult. She has to struggle terribly to learn the necessary lessons, but eventually succeeds.

Notice that in either of these examples, the disruption to the status quo is not soft. It has to be a cruel threat that strikes at what is most important to the characters, and by extension the audience. This is Law 1 in my writing craft book 24 Laws!

You can use this to your advantage by creating loveable characters, and then torturing them with threats to their status quo. The next part, as we'll see, is to force your characters to evolve in response to these challenges.

The character Spike has the strongest arc in the whole series. Spike, a vampire, might seem a controversial choice. He is introduced as a brutal and murderous vampire, who attempts to rape Buffy when he hits rock-bottom in a later season.

Spike, pictured below, is far from perfect. But I think this is what makes his character arc so compelling. He seems to want power and destruction, but it later shows that he really wants to be included in the gang and valued as a good person. 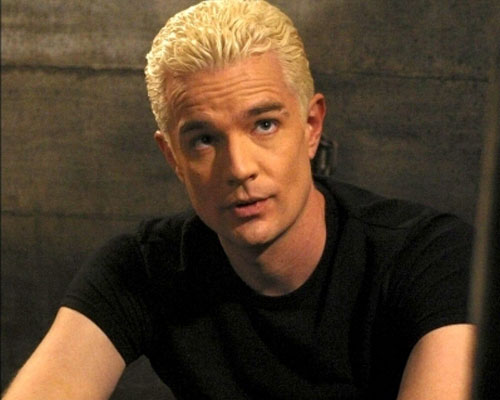 When he first appears in the story, Spike takes the initiative (always good for a character) and gets the power he ostensibly wants. He and Drusilla dominate the Sunnydale underground, causing chaos. But it's not enough for him.

His inclusion in the later story comes about after being forcefully "chipped" to stop him from hurting humans. This allows Spike to become a member of the gang, and this injects lots of delicious tension and conflict.

The members of Buffy's gang aren't comfortable with a former enemy joining their ranks, and Spike's constant jibes give them good reason for feeling this way. The tension comes to a head when Giles and Robin conspire to murder Spike.

In the final episode, Spike gets his ultimate character moment when he sacrifices himself to save Sunnydale and his friends. He dies a hero. But it wasn't easy for him - he had to suffer constant skepticism from his friends, even a murder attempt.

Spike's arc is a perfectly executed example of the redemption arc, and a great showpiece for character arcs in general. Spike starts with the things he wants, but has to work through his demons (sorry, pun intended) to get what he needs.

This dichotomy of a character's needs vs. wants is an important aspect of storytelling. We can't just give characters everything they want or need - this is precisely why we need real challenges in our stories to illuminate their real needs.

In my opinion, the two best books on character arcs are Story by Robert McKee and Creating Character Arcs by K.M. Weiland. I initially read these books in my research for 24 Laws, but revisited them after some renewed interest.

In both of these books, McKee and Weiland show that story structure and character arcs are intertwined. Not every character has to have an upward or downward arc, but every story should have great, responsive characters.

What does that mean? Well McKee famously states "character is story; story is character," meaning you can't ignore the relationship between character and overall structure when writing your novel or screenplay.

Most of the satisfaction your audience will gain from your story will come from the reactions your characters have to the challenges that the plot throws at them. Spike grows and changes, and that makes him interesting.

This character response, then, is exactly what your story is all about. It's not just about whatever physical plot details happen to occur in the story. It's the way your characters receive, react, and deal with those plot details.

Weiland takes this further by listing and explaining the sorts of character arcs that authors should consider writing. She goes into major detail about upward, downward, and static arcs, and the pitfalls behind each one of them.

Weiland's book seems more encyclopaedic in nature, listing all the possible character arcs that stories can feature. But this can be of immense use to someone trying to fit the perfect arc to their story. Sometimes the devil's in the details.

Overall, character arcs can and should be used to make your story interesting and powerful. Make your characters as much like real people as you can - don't just make them one-dimensional representations of a point of view.

Create characters that your audience will love, and then challenge them with threats to the status quo. Throw obstacles in their way, and threaten everything they care about. Whedon's Buffy series is a masterclass in this principle.

How do you write narrative nonfiction?

Recently I finished a book called You Can't Make This Stuff Up by Lee Gutkind. This book is only known to a relatively small subset of peopl...